In a Land of Paper Gods by Rebecca Mackenzie 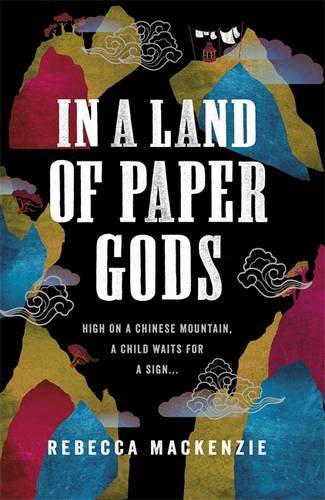 In a Land of Paper Gods by Rebecca Mackenzie

An evocative story of a missionary school in China. Poignant yet funny. An enchanting debut novel

At the end of 2016 we may look back and declare this year to be one of those incredible literary years. Two months into 2016 and already we are seeing some truly outstanding books being released including debut novels and I include In a Land of Paper Gods by Rebecca Mackenzie in this.

We all know China as a land of mystery and legends. What Mackenzie presents to the reader here is a beautifully told story of a boarding school set high on a misty mountain and that of a ten-year-old Henrietta S. Robertson who is sent to the school. Set at the outbreak of WWII Etta as she is known sent there so both her parents can continue their Missionary work teaching Christianity to the Chinese.

As Etta makes friends at the School including one she names as ‘Big Bum Eileen’ they soon realise that they are missing in their lives and set about make a secret society called The Prophetess Club with new names and mystical secret powers. The brave girls set about exploring the grounds of the School. Harmless fun at first as the girls are missing their parents and with very few teachers present to control them the girls then cross the boundaries soon something happens that will have dire consequences for Etta. It is now 1941 and Japanese forces have moved into China and the world that seemed so far away from Etta and her friends is now a dangerous one and soon the Japanese soldiers are running the school. Life for Etta is now one of grave danger and the story so poignantly told by Mackenzie takes a darker route. 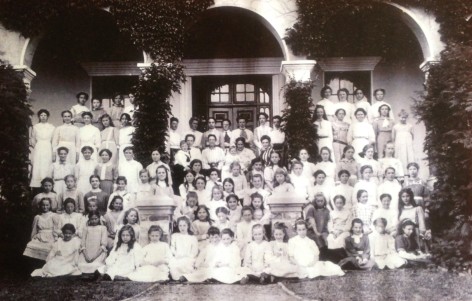 In a Land of Paper Gods is a story told through the eyes of a young girl in a beautiful land of full of mystery and a unique culture from the one she knows but it is one of great danger so far away from home and separated from her parents the story of Henrietta is set over a period of ten years and follows her from the young girl seemingly so alone and afraid to one of a young lady so confident and assured and making her way through life. A story of incredible imagination at times funny but also one of bravery as a teacher who becomes a surrogate mother to Etta and to watch their story unfold in a time of incredible uncertainty and mortal danger.

Henrietta is an unforgettable in this coming of age story one that you will find extremely hard to leave alone especially as you progress into the second half of the story and one that at times is horrifying.

A stunning debut novel from Rebecca Mackenzie and one that has left an indelible mark on this reviewer. Yet another brilliantly written first novel and one that deserves many plaudits. I now find myself wondering what became of Henrietta now that we leave her. In a Land of Paper Gods, a story that I will not forget in a hurry.

I am extremely grateful to Ella Bowman at Headline for a review copy.

In a Land of Paper Gods written by Rebecca Mackenzie and publishes by Tinder Press and is available from all good book shops.

Posted on February 22, 2016, in In a Land of Paper Gods, Rebecca Mackenzie, Tinder Press, Uncategorized. Bookmark the permalink. 1 Comment.