← The Boy, The Mole, The Fox and The Horse by Charlie Mackesy. (Watersones Book of the Year 2019)
Once Upon a River by Diane Setterfield →

Face It: A Memoir by Debbie Harry

Face It: A Memoir by Debbie Harry

BRAVE, BEAUTIFUL AND BORN TO BE PUNK

DEBBIE HARRY is a musician, actor, activist and the iconic face of New York City cool. As the front-woman of Blondie, she and the band forged a new sound that brought together the worlds of rock, punk, disco, reggae and hip-hop to create some of the most beloved pop songs of all time. As a muse, she collaborated with some of the boldest artists of the past four decades. The scope of Debbie Harry’s impact on our culture has been matched only by her reticence to reveal her rich inner life – until now.

In an arresting mix of visceral, soulful storytelling and stunning visuals that includes never-before-seen photographs, bespoke illustrations and fan art installations, Face It upends the standard music memoir while delivering a truly prismatic portrait. With all the grit, grime, and glory recounted in intimate detail, Face It recreates the downtown scene of 1970s New York City, where Blondie played alongside the Ramones, Television, Talking Heads, Iggy Pop and David Bowie.

Following her path from glorious commercial success to heroin addiction, the near-death of partner Chris Stein, a heart-wrenching bankruptcy, and Blondie’s break-up as a band to her multifaceted acting career in more than thirty films, a stunning solo career and the triumphant return of her band, and her tireless advocacy for the environment and LGBTQ rights, Face It is a cinematic story of a woman who made her own path, and set the standard for a generation of artists who followed in her footsteps – a memoir as dynamic as its subject.

I rarely get the opportunity to review books on music but I could not let this book pass me by especially as this would make an ideal Christmas gift. Face It: A Memoir by Debbie Harry is powerful and pictorial memoir looking back on her life and music. 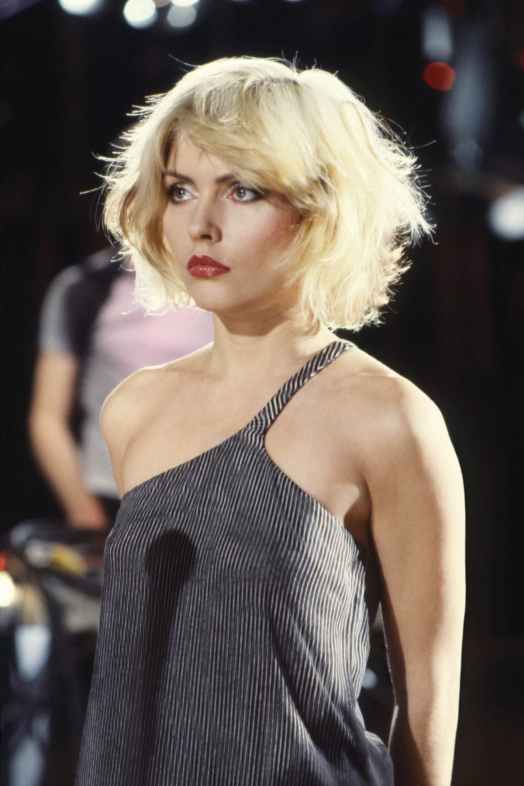 Debbie Harry will always be known for the 70’s punk/new wave band Blondie that sold over 40 million records all over the world. Debbie Harry was the face of Blondie during those heady days during the latter part of the 1970’s. Stunning in her beauty and her singing. But where did it all begin?

Debbie Harry (born Angela Trimble) was put up for adoption at three months old and was then adopted and grew up in New Jersey. Fame was almost destined for Debbie Harry as she wanted to be famous even when very young. After leaving school she worked for the BBC in New York as a secretary before leaving to become a playboy bunny as she searched for her role in music. It was just a matter of time. New York was also the attraction and at the time the Big Apple was alive in the music scene and Harry played in a number of bands but the sound was just not quite there.

It was while she was performing with one of those bands that she met Chris Stein and it was I guess destiny. Blondie was born and now the pair would not only collaborate on songs but they would also end up together.

That day in 1978 watching Top of the Pops singing ‘Denis’ was one of the best moments of watching the iconic pop show. It was the moment that launched Blondie here in the UK. Both the lyrics and her beauty on stage made time just stand still.

Many hits followed and we all know them if like me you grew up in the late 1970’s. Though as the 80’s dawned the pressure to write and perform always takes its toll and the relations through the group became strained. There are the stories of drugs and alcohol. It was though Chris Stein’s health that brought the end for Blondie. During the 80’s Debbie Harry went solo for a while and songs such as French Kissing in the USA was to become her only top 10 UK song. The latter part of the 1980’s saw the reunion of Blondie.

A remarkable career of one of rocks greatest and a memoir that brings to light so much that we have never known before but there is one thing in Face It that is something different to any memoirs is the paintings and drawings by fans that Debbie Harry had always kept and through the book there are so many brought to life for the first time. Surprising and at times eye opening. But I get the feeling there is still more to the iconic Debbie Harry that what we read in Face It: A Memoir. If you loved the music of Debbie Harry and Blondie, then this will make an ideal read.

Face It: A Memoir by Debbie Harry was published by Harper Collins and was published on 1st October 2019 and is available through Waterstones, Amazon and through your local independent bookshop.

Posted on December 15, 2019, in Debbie Harry, Face It: A Memoir, Harper Collins. Bookmark the permalink. Leave a comment.

← The Boy, The Mole, The Fox and The Horse by Charlie Mackesy. (Watersones Book of the Year 2019)
Once Upon a River by Diane Setterfield →