The Ghost Tree by Barbara Erskine 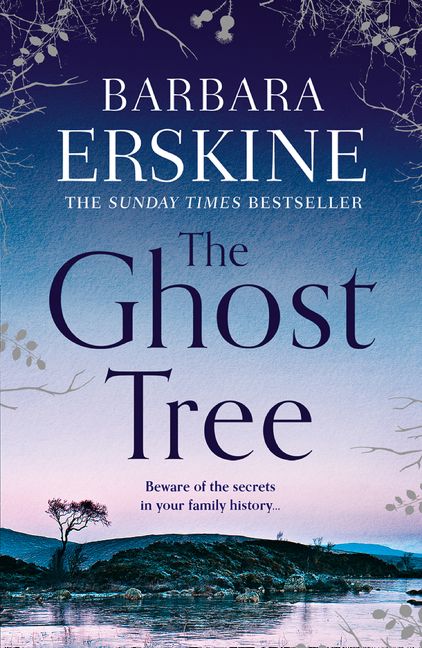 The Ghost Tree by Barbara Erskine

Released in paperback on 7th March is the latest best-seller by Barbara Erskine. The Ghost Tree (Harper Collins). The main character Ruth Dunbar has returned to Edinburgh after the death of her father. Now she is faced with sifting through all his belongings. 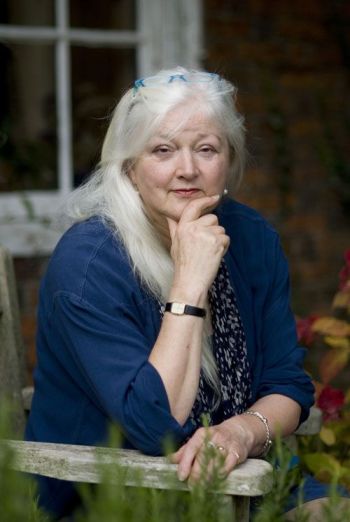 Ruth is having a tough time after the break-up of her marriage and also losing her career. The death of her father has come as a latest blow. Sifting through her father’s she now comes across a cupboard full of possessions belonging to her mother among them are letters and documents and also diaries kept by her mother’s ancestor Thomas Erskine. Thomas really lived a life but as she reads she begins to feel she is not alone in this isolated room at the top of the house.

As the name of the book suggests this is also a ghost story. But it is not just the ghost of Thomas Erskine that Ruth can feel, as she discovers more about Thomas’s past she also realises that he had his enemies and now she feels the presence of not only Thomas but also his enemy. 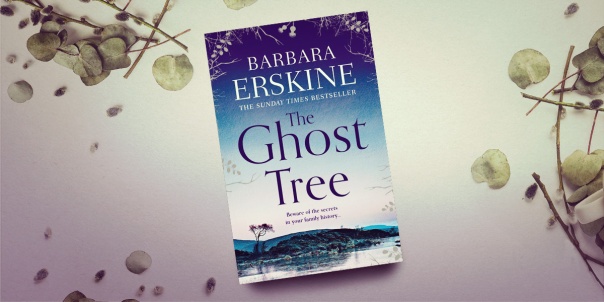 Ruth now must count on her friends who have experience in dealing with the paranormal. This is not really a scary ghost story but you find this novel dealing with aspects of trying to rid the house of the ghostly existence.

The story moves between the past and the present and this historical part of the novel I enjoyed more especially as Barbara Erskine brought into the novel her great-great-great-great-great grandfather Thomas Erskine who she heard so much about through her own family.

It is not only the past that contains enemies but also the present for Ruth, one such person is Timothy one man that really is not at all pleasant and is seriously questioning Ruth’s inheritance.

If you are a fan of Barbara Erskine then this really is for you.

Thank you to Charlotte Walker from LoveReading for the review copy of The Ghost Tree by Barbara Erskine.

The Ghost Tree by Barbara Erskine was published by Harper Collins and was published on 7th March 2019 in Paperback and is available through Waterstones, Amazon and through your local independent bookshop. 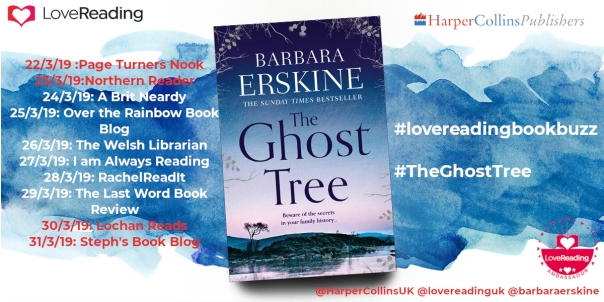 The Ghost Tree by Sara Bain 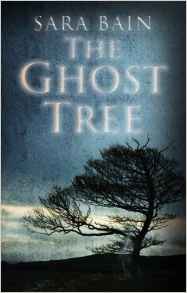 The Ghost Tree by Sara Bain

Available in Paperback and Kindle

A spooky supernatural tale with a romantic twist. Sara Bain’s prose is something to behold

Those who know me will tell you that I am a big fan of reading ‘ghost stories’ during the dark winter months well it sets the tone for some long nights of spooky reading.

When I was offered to the opportunity to review The Ghost Tree by Sara Bain, I just had to jump at the chance, and this is something uniquely special as far as a ghost story is concerned. I thoroughly enjoyed Sara’s prose it captured my imagination for the story and how it flowed, this is a long story at over 400 pages.

This story is set in Dumfries and Galloway and is ‘loosely’ based around a true story. MacAoidh Armstrong has recently moved into a farmhouse to live a life of self-sufficiency but it transpires it was once haunted way back in 1695, but no problem he does not really believe in ghosts.

On a hill nearby stands the Ghost Tree, this is the last remain of the previous holdings and there is a local legend that says when the last ghost tree dies the Rerrick Poltergeist will return again. Just another local legend?

Now the story really gets going as the ghostly goings on really take on a more serious note and now that people are in real danger something must be done. I found Libby to be one very in your face type of character both strong and brave but with a past.  I loved the role she plays here. As much as this is a ghost story there is humour here which at times lightens the edge of the seat story, which seemed to fly at a staggering pace. Some of the conversations I found myself laughing out loud even in my local coffee shop where I do a lot of reading and writing.

In every story like The Ghost Tree there has to be a hero or a heroine, and yes we do have one and one very ballsy heroine at that. So anyone who thinks I am now going to give away the ‘what happens next’ bit will be sadly disappointed. All I will say in that this is stunning book and a fabulous edge of the seat read and will have your heart beating fast at times and you will not want to put this down. If you are a fan of ghost stories at Christmas, here it is in The Ghost Tree. Trust me you will not be disappointed. Sara Bain you have a fan here and now I want to read your first novel The Sleeping Warrior.

As someone who loves the wide openness of Scotland Sara’s style of writing really brings the landscape and the scenes direct to you as if you are actually there. I love this in an author.

The Ghost Tree is a book I strongly urge you to buy, you will soon find out why. 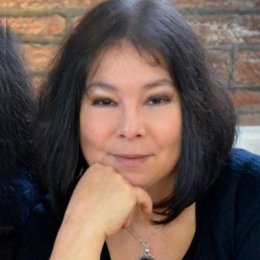 An imaginative thinker with a career as diverse as the number of genres her fiction crosses, Sara Bain is one of those people who has the ability to write to any formula but chooses to adhere to none. She was brought up in London, qualified as an English barrister and pursued a career in legal publishing where she learned to produce academic texts and draft complex legal forms. She then left the bright lights of the city and moved to Scotland where she worked as a journalist for a local newspaper for 15 years and learned to write facts as well as creative features. She has been a law lecturer, computer tutor and is an able photographer and graphic designer. She now has her own company which provides press and publicity services and currently works on media campaigns for a number of Scottish arts organisations. She is also employed as an assistant manager on a community arts initiative. When she finds some downtime, Sara writes fantasy and paranormal cross-genre fiction which includes elements of crime, romance, horror and humour. Her debut novel, The Sleeping Warrior, has been described as talented, imaginative, remarkable and simply brilliant.